We often hear of the weirdest things that people can do to lose weight, but it’s sometimes hard to know whether or not they’re legit. One thing you may have heard of is a fecal gut microbiota transplant (FMT) . . . or maybe not.

Scientists are just now starting to realize they’ve been overlooking a major part of our digestive system. . .

FMT has been found to work for weight loss on animal studies, but is not very well understood with regards to humans. However, there’s no harm in finding out about it so you could keep a lookout on an upcoming FMT weight loss procedure or product.

In this article, we’ll discover it works, what its limitations are, and how it could be the next big thing in weight loss.

Before We Get Started

Before exploring this weight loss option, it’s important that you make sure you try all other options before resorting to FMT for weight loss, as recommended by the FDA.

It’s also important to note that no matter what procedure or supplement you find that could help with weight loss, at the end of the day, your weight will not go down unless you’re burning off more calories than your body is absorbing. FMT could potentially give you the microbiotic tools to help you do that, but it won’t override your diet and exercise regimen if they’re still majorly geared towards weight gain.

It’s also seriously advised that you do not try this at home. It’s become an unsettling trend to do DIY fecal transplants, but such procedures absolutely have to be done in a laboratory and by a physician.

So What Is FMT?

A fecal microbiota transplant (FMT) is exactly what it sounds like: Physicians take gut bacteria from a healthy, slimmer individual (in the form of poop) and it’s given to an unhealthy, relatively overweight individual in hopes of reshaping their gut microbiota.

There is generally no agreed upon standard for FMT, but this is typically how it’s done for  treatments of gut infections:

This may have to be done over several sessions to achieve optimal results.

There are other ways of administering FMT as well, but not yet tested for their effectiveness on weight loss:

So far, FMT has only been approved as a treatment for acute bacterial infections like C. Difficile. This is one of these infections that are sometimes difficult to treat with antibiotics, and sometimes end up making the infection worse. FMT seemed to be able to override that and cure people with the antibiotic-resistant infection.

Delving Into Our Body’s Bacteria

Micro-organisms Are More Important Than You Think

To understand how FMT works for weight loss, we first have to understand the world of endogenous bacteria, and the role they play in our bodies.

The body is full of microorganisms. We actually have more microorganisms in our body than we do cells! We have more viral DNA (DNA from ancestral viral infections) than we do DNA that codes for the proteins we use in our bodies. Bacteria and viruses actually play such a fundamental role in our existence, to the point that it’s triggered a lot of philosophical discussions about humans fundamentally being an ecosystem for other beings.

Interesting Fact: It’s an existing theory that the reason why we, as mammals, evolutionarily started giving birth rather than laying eggs, is partly because of a viral infection that left us with DNA that codes for syncytin 1- a protein essential to the formation of the placenta during pregnancy!

One area where we have a huge ecosystem of micro-organisms is our gut, and in this topic we’re specifically talking about gut bacteria. These are found all throughout our GI tract. We used to severely overlook the role of gut bacteria in human physiology, but they have a plethora of important functions:

Almost 90% of our serotonin (the neurotransmitter that makes us “happy”) is produced in the gut! This could explain why some studies found that fecal transplants cause personality changes in mice.

Through long-term diet and exercise, we could eventually change our own microbiota composition, but an FMT could speed up that process for us- especially for those who have a particularly hard time losing weight despite their effort.

How Can FMT Work?

This is one of the reasons why it’s harder for people who’ve been on a terrible diet for a long time to start dieting and stick to it. Your gut bacteria is used to certain foods, so it takes more effort and a longer time to shift your gut’s bacterial composition to accommodate a healthy diet.

FMT basically allows us to replace our gut bacteria that’s helping maintain our overweight status with ones that would help keep us lean. One way this happens is by allowing the “leaner” bacteria to outcompete the “obese” bacteria and therefore take over. Therefore the neurotransmitters released, foods broken down and metabolism would shift to help give you a leaner body!

So What Are We Waiting For?

In theory, FMT sounds amazing for people who find it impossibly difficult to lose weight. However, the science on it is still in its early stages. Here are some of the kinks we have to take care of first:

Below, we’ll outline some of the major studies that show a glimmer of hope for FMT to treat obesity.

The studies on FMT for obesity in mice is very promising. One study found that transplanting microbiota from an obese human twin to mice with no microbiota at all (germ free) led them to gain more weight and fat than those given microbiota from the lean twin.

In the second part of the study, when one “lean” mouse was housed among obese mice, ten days later, those obese mice started losing weight and undergoing changes in their metabolism that protected them against obesity!

This is likely because of ingestion of fecal matter, something that happens on a smaller scale in humans, but a lot more than we’d like to think.

However, this got complicated once they started incorporating other factors that affect gut bacteria composition, such as diet.

In the same study, when the mice were fed a typical Western diet (low fiber, high-carb and high-fat), they no longer found obesity-protection transferred among them. This therefore suggests that the effectiveness of FMT likely depends on diet and who you live with.

In humans, this seems to be a bit more complicated. Even though some studies showed no significant weight changes, research still shows some hope about the prospect of FMT for weight loss. For example, although the effect was minimal, FMT seemed to show some positive changes in insulin sensitivity and metabolic rate.

There is also one famous case where a woman unexpectedly developed new-onset obesity after receiving an FMT from an obese woman to treat her recurring C.Difficile infection. She had gained around 34 pounds about a year after the procedure, and reportedly found it difficult to lose weight, even with strict dieting and exercise. She even tried going on a medically supervised all-liquid protein diet with an exercise program, but still continued to gain weight.

Obese donors have since been ruled out of consideration when selecting FMT donors for C.difficile treatment.

Future Studies To Look Forward To

There are several studies coming out within the upcoming year that should give us insight about FMT for weight:

Here are some of the new advances and hypotheses some of these studies are testing:

FMT offers to open up an exciting, if slightly gross, new area of weight loss. So, far studies on animals have proven to be very promising. It’ll be a couple of years, though, before conclusive human research gives us something concrete to move forward on. In the meantime, watch your calories, eat smart and keep getting your workouts in. Do that and you probably won’t event need to resort to FMT in a couple of years! We still recommend you exercise and eat correctly for weight loss, you can also take supplements which can help you reach your fitness goals.

About the Author: Steve Theunissen

Pushing my physical and mental limits in the gym allows me to challenge my limits. It’s the way I start my day and it sets me up to take on anything else that life throws at me with the same fierce determination that goes into every rep of every set.

How To Become A Health Writer 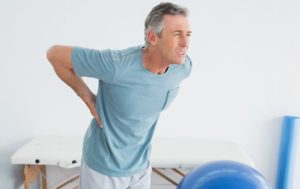 Low Back Pain: What To Do About It

White Coat Hypertension: What To Do About It